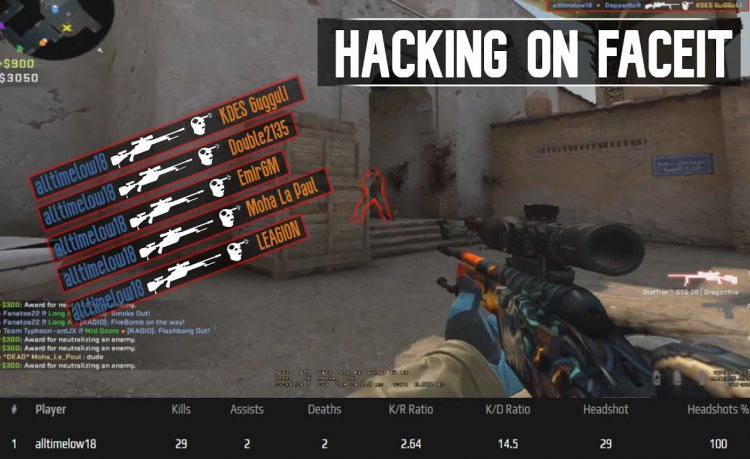 As you know FaceIT is an e-sports platform for many games including CS:GO that lets you play ranked matches with other people with same level as you whilst providing a much better anti-cheat than Valve did or ever will. Which is the main reason why many pro players choose FaceIT’s service instead of CS:GO’s own ranked system since the amount of cheaters on Valve’s official servers is just absolutely insane.

And this is where this Free CSGO FaceIT Aimbot Cheat comes in to play as it is impossible to be detected by FaceIT since it is an external software that uses neural network – YOLO for Python – that is an object detection algorithm. This hack used this function to read your screen every single second and check whether it can detect enemies or not. Unline other internal Cheats and Hacks for CS:GO, it does not require to read the game’s memory in order draw, or interact with your mouse in order to active the cheat itself. That is also why  cheat’s like this based on neural network unfortunately cannot do more than aimbot and drawing on the screen.

How to use Free CSGO FaceIT Aimbot Cheat

How is FaceIT different from Steam?

So what is the difference of this platform called FaceIT? How is it different from the competitive matchmaking games provide?There is more than one answer that can be given to this question. Performance of game servers, better quality games with 128 tickrate servers, healthier operation of the rank system and most importantly anti-cheat system…

Thanks to the anti cheat software called FaceIT Anti-Cheat Client, CSGO etc. It provides an external anti cheat system for games. FaceIT Anti-Cheat Client is not mandatory for all players. But people who enter the game with FaceIT AC. it is also matched with people who use FaceIT AC in the same way. For this reason, it is possible to say that FaceIT is cleaner than regular competitive matches in terms of cheating.

Provided by the anti cheat system they developed some services: cheat detection, detection of suspicious behavior (aimbot etc.), continuous analysis of new cheats, advanced detection and detection systems…In short, we can say that FaceIT pays more attention to cheat protection than the games themselves.