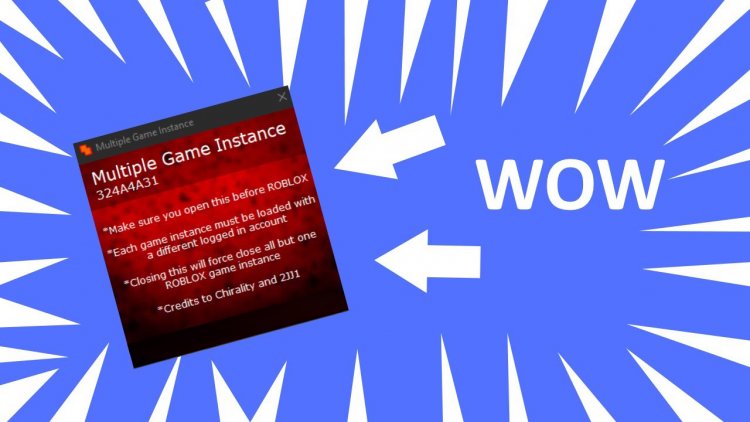 Roblox platform, unfortunately, doesn't allow the players to play more than one game per PC, which is somewhat annoying if you are willing to have an alt or open two games at the same time for any reason. But don't worry because the Multiple Game Instance tool allows you to bypass this annoying restriction.

What is Multi Roblox?

Multi Roblox is a tool created to allow Roblox players to launch more than one game per PC without a specific limit. You can open as many game instances as you want simultaneously without having to use an additional device.

This is very useful if you want to be active at the same game with many ALTS or join multiple Roblox games simultaneously.

Is there a limit to the multiple Roblox instances?

No, the multiple Roblox instance tool will allow you to open as many Roblox games as you want. There is no limit to the multiple RBX games you can open, but it depends on your PC resources.

So yes, there is a limiting factor to the multiple Roblox instances, but it is not related to the Multi Roblox tool itself. As long as your PC is strong enough to hold all the multiple RBX games opened, you can fill a whole server with your alt accounts. The two primary resources that will get consumed due to launching multi Roblox games are your RAM and CPU. So make sure you have enough RAM and a solid CPU to enjoy your multiple Roblox gaming without any lags or crashes.

Yes, it is a very stable tool without any issues, the only time you may face a crash is due to the lack of your PC resources to hold that many Multiple Roblox Instances at the same time. Unfortunately, our Multiple RBX Games software cannot do anything about it.

Will the Multiple Roblox tool work for any RBX game?

Our Multiple RBX Games tool is created especially for the Roblox games, so it is compatible with any game on the Roblox platform. It doesn't matter if it is a new game or an old game; you will be able to have multiple game instances without any problem.

How to use the Multiple Game Instance tool?

Using the Multiple Roblox software is very easy, but you will need to have one account per instance to use it.

Now you can have as many multiple Roblox instances as you wish by repeating the 2nd and 3rd steps.

Multi Roblox will never result in any punishment to your account at all, and it is entirely safe. The same also goes for your PC itself; it has 0 malware and will not harm your PC resources as it has no control over it. However, your anti-virus might flag it as malware while it is not. You will have to disable your anti-virus if you face such a problem.